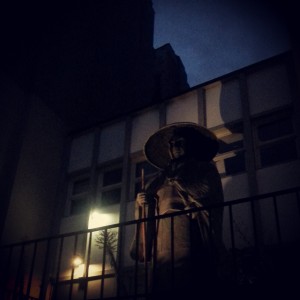 Soh Daiko is back from our summer break and the troupe is fully rested and ready for some exciting new performances!
Off to a good and busy start, Soh Daiko began the season with NYBC’s Open House event on 9/7. As part of the open house, audience members were able to get a glimpse of how we run some of our practices; they even had an opportunity to observe the process of how one learns a new song. The event culminated in a performance of the newly learned piece with audience members joining in for impromptu solos! A day of fun, impromptu learning for everyone!
A few blocks up the street, at The Interchurch Center, Soh Daiko opened the 9/19 reception for the NY premier of Japanese American Internment Project: If They Came for Me Today … East Coast Stories and the companion exhibit, Spirit of Community: Japanese American Arts. Organized by Community Works NYC, this exhibition is in commemoration of the 25th anniversary of the Civil Liberties Act of 1988, which granted redress and reparations to Japanese Americans interned during World War II. Lives of seven men and women from New York who were interned or impacted by the internment were profiled for this exhibition. Profiles included members and friends of NYBC, including our very own, retired, Soh Daiko member Teddy Yoshikami. Also profiled in the event and in the art exhibition is Tomie Arai who currently is exhibiting works for NYBC’s Art Exhibit: Awakening to Light (come see the show!). The seven profiled are: Tomie Arai, Natsu Ifill, Akemi Kochiyama, Suki Terada Ports, Tadashi Tsufura, Koho Yamamoto and Theodora Yoshikami.
(read more)
Downtown to the Sony Club, Soh Daiko opened for the The Japanese American Association of New York’s 106th Benefit Gala. Surrounded by views from atop the Sony Building, Soh Daiko performed a lively Yodan. Post performance highlights included an introduction to the new Consul General of Japan in New York, Ambassador Sumio Kusaka and his wife; in a discussion on diversity, members where ask which city is more diverse, New York City or London. New York City was the immediate and emphatic answer (we have some true New Yorkers in the group)! We wish the ambassador and his wife many adventures in exploring NYC! 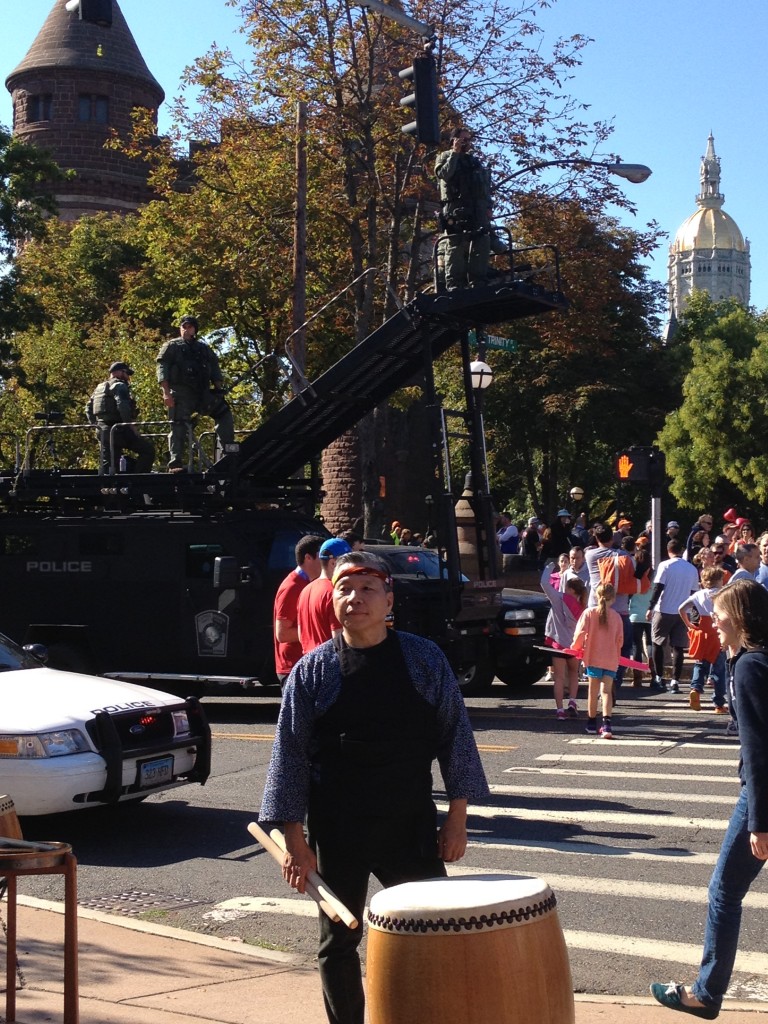 To finish our marathon day, we made it back to the church just in time to change and celebrate at the NYBC 75th Anniversary Dinner! Junko Nakagawa played an opening solo to lead the guest down from the reception to the dinner. The marathon group was relieved to know that it was our turn to be the audience and enjoy a piece from Duo YUMENO. Great to see all the fellow supporters of the NYBC at such a great event! Congratulations to the NYBC for 75 years!

We end the month of October with more focus on the NYBC. We are practicing our fundamentals and working hard in preparation for the NYBC Autumn Festival on 10/26 and for a 75th anniversary concert on December 8, 2013. Come out and join us in supporting the church! 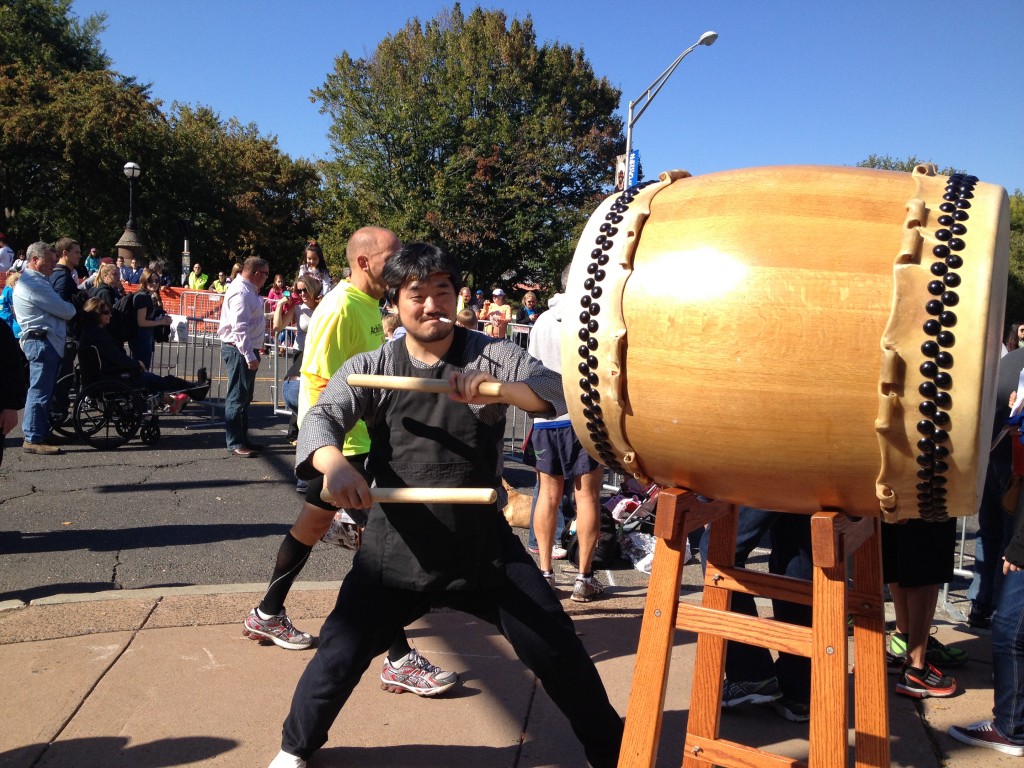 John won’t run a marathon anytime soon but he’ll drum as long as it takes to finish one!